EXCUSE ME, WHILE I KISS THE SKY 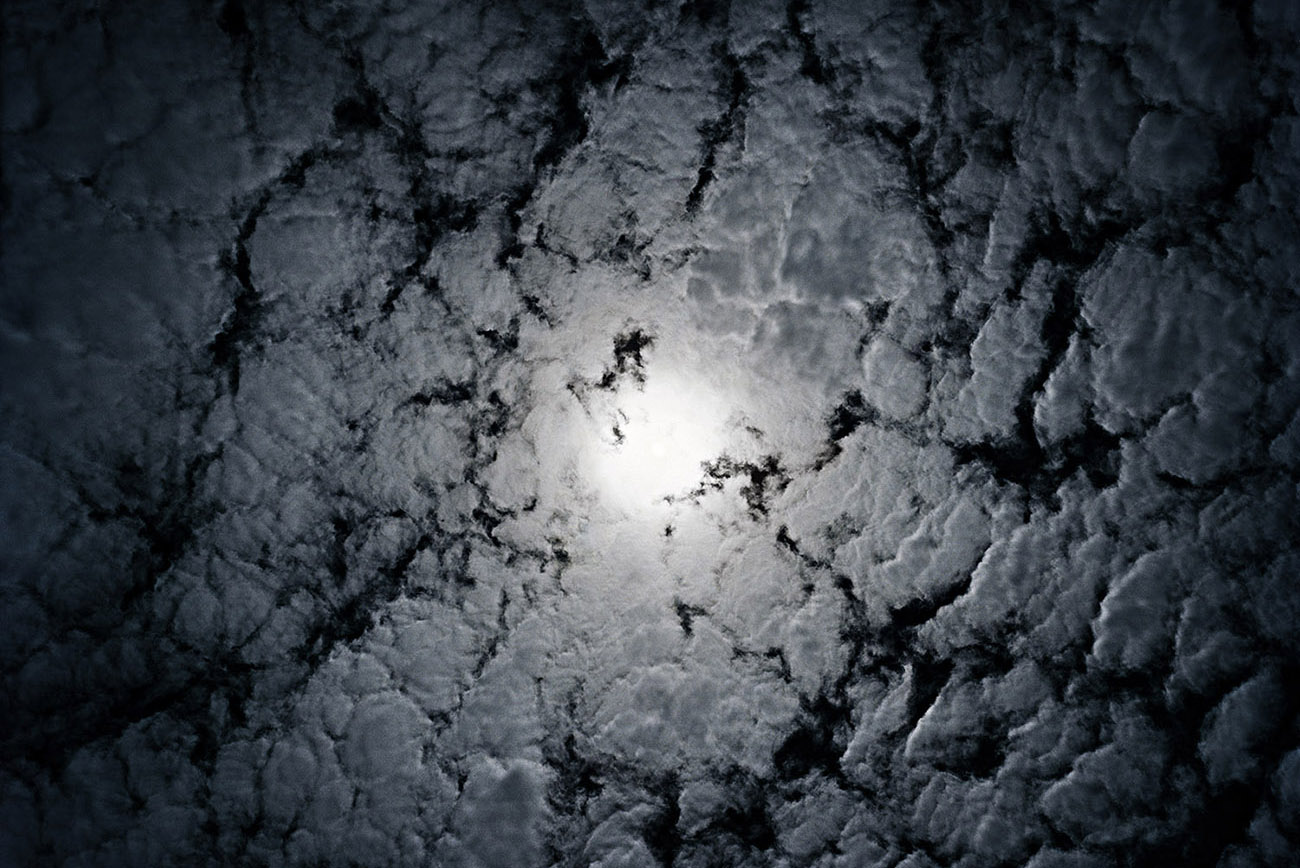 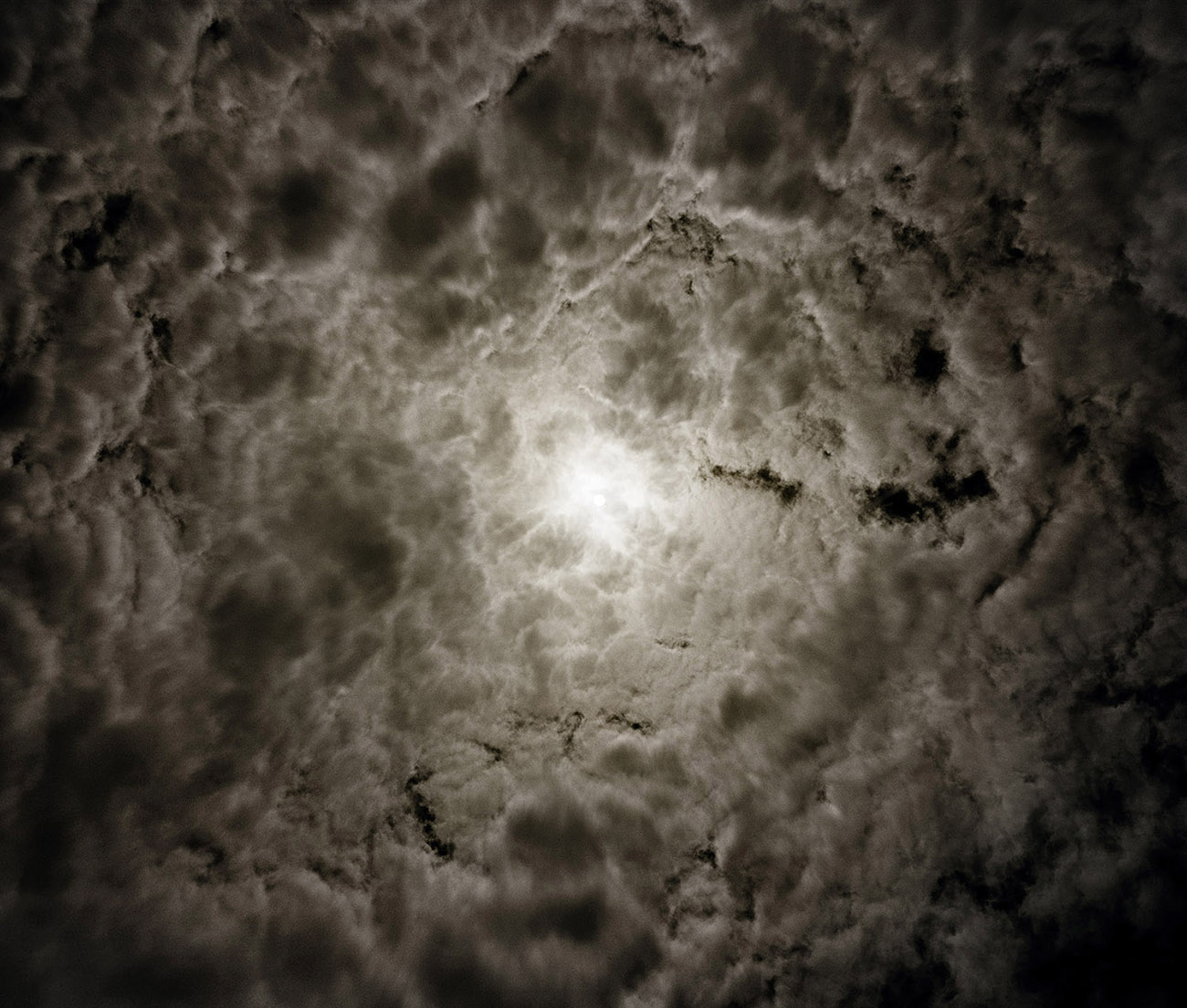 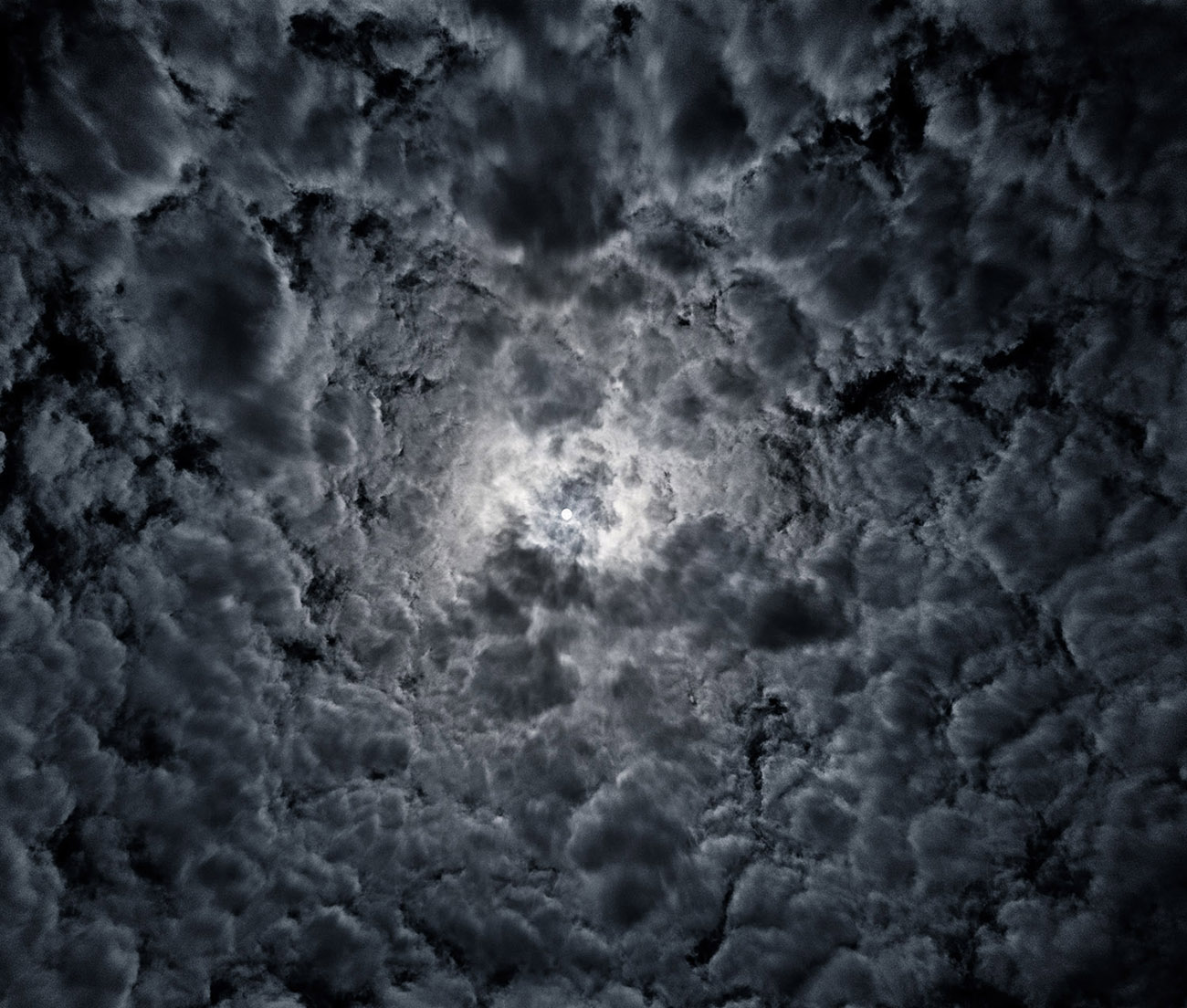 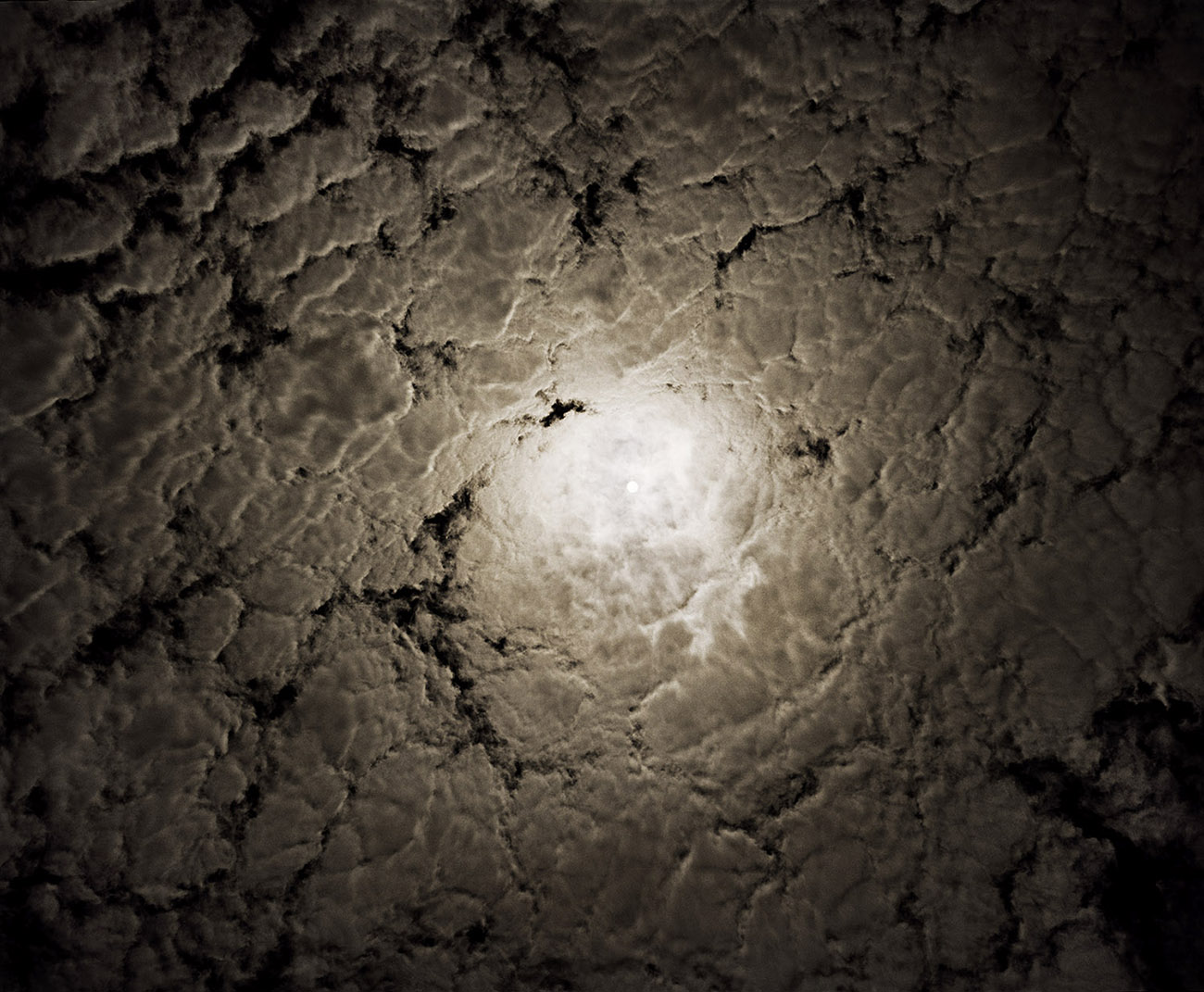 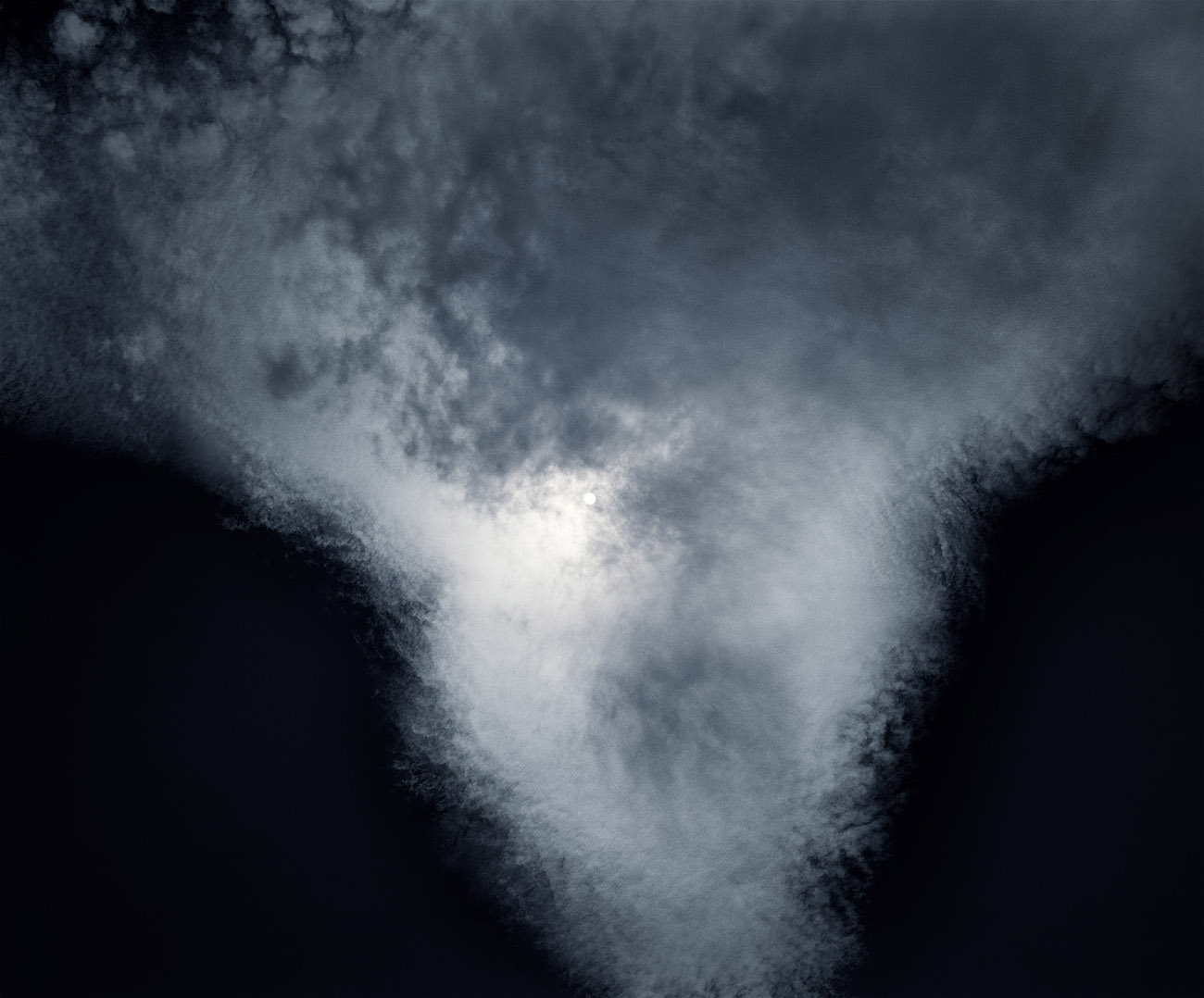 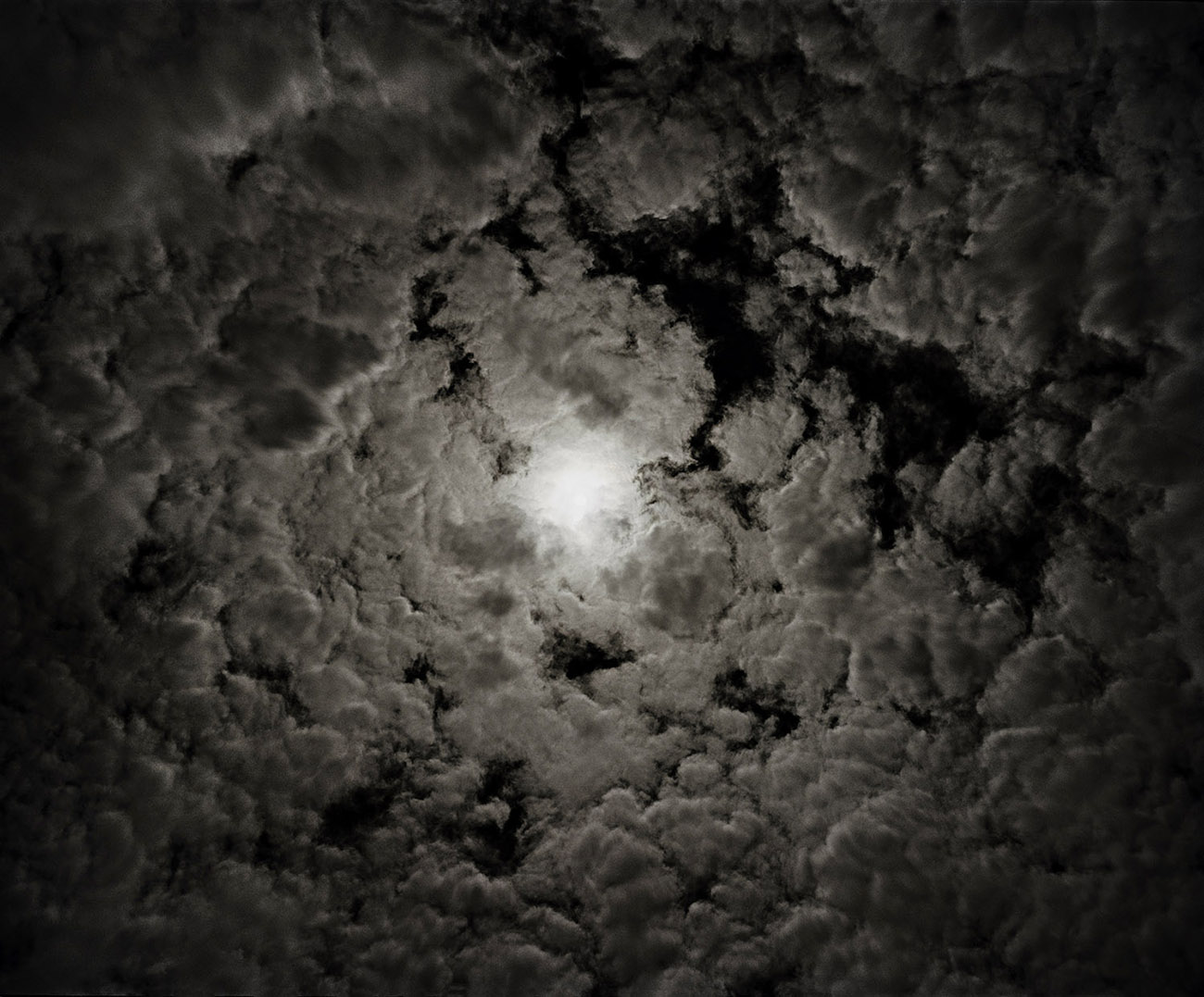 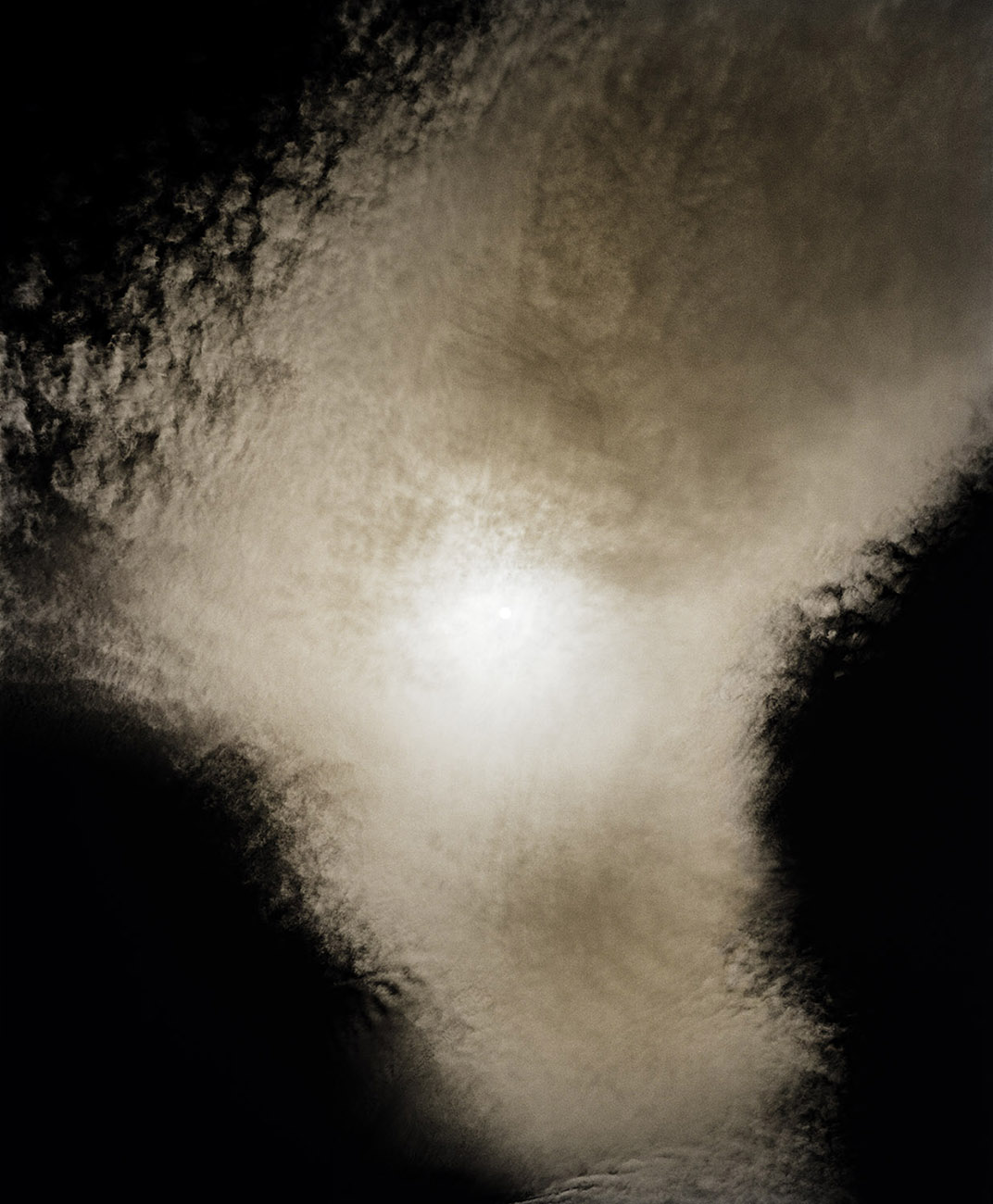 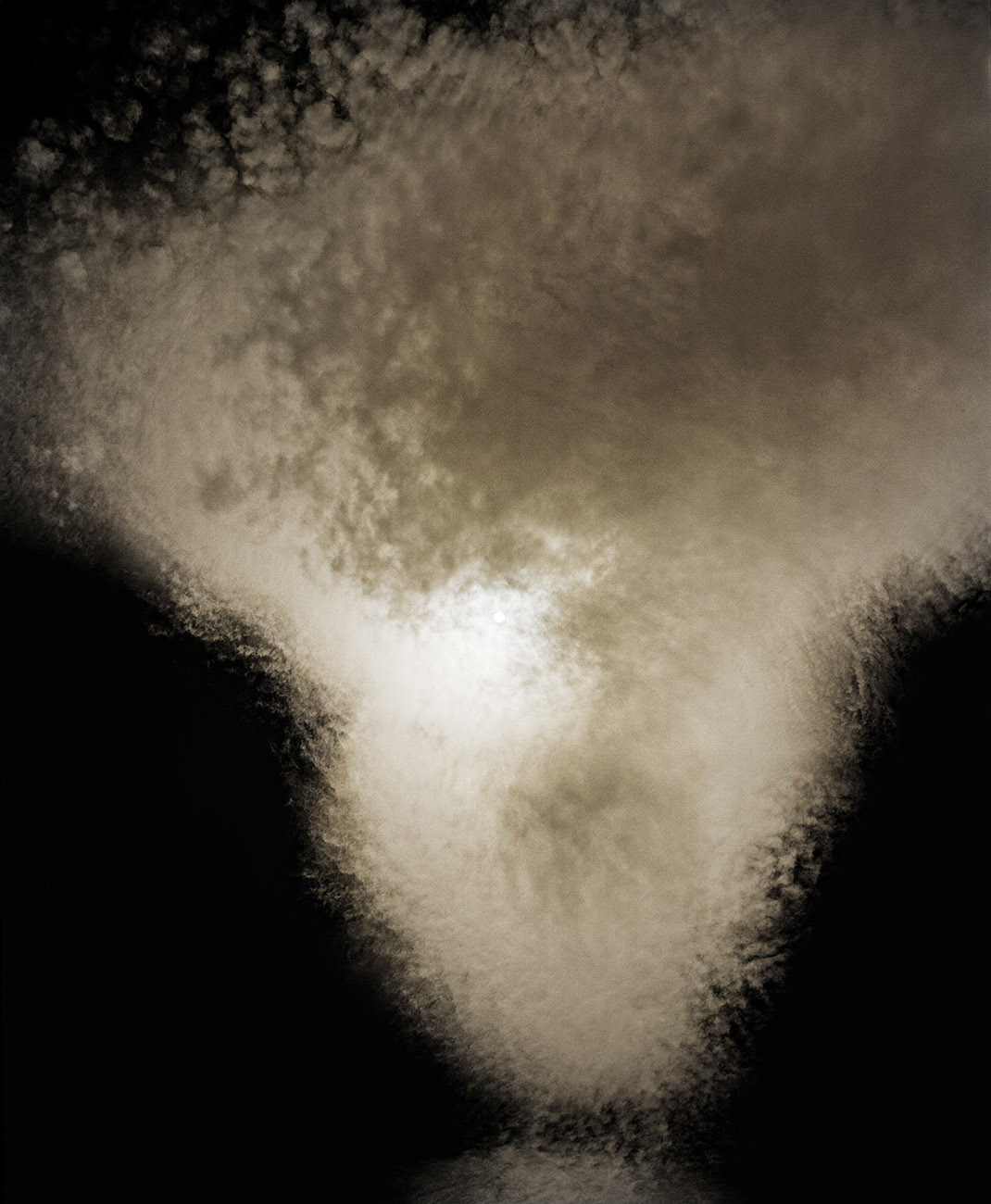 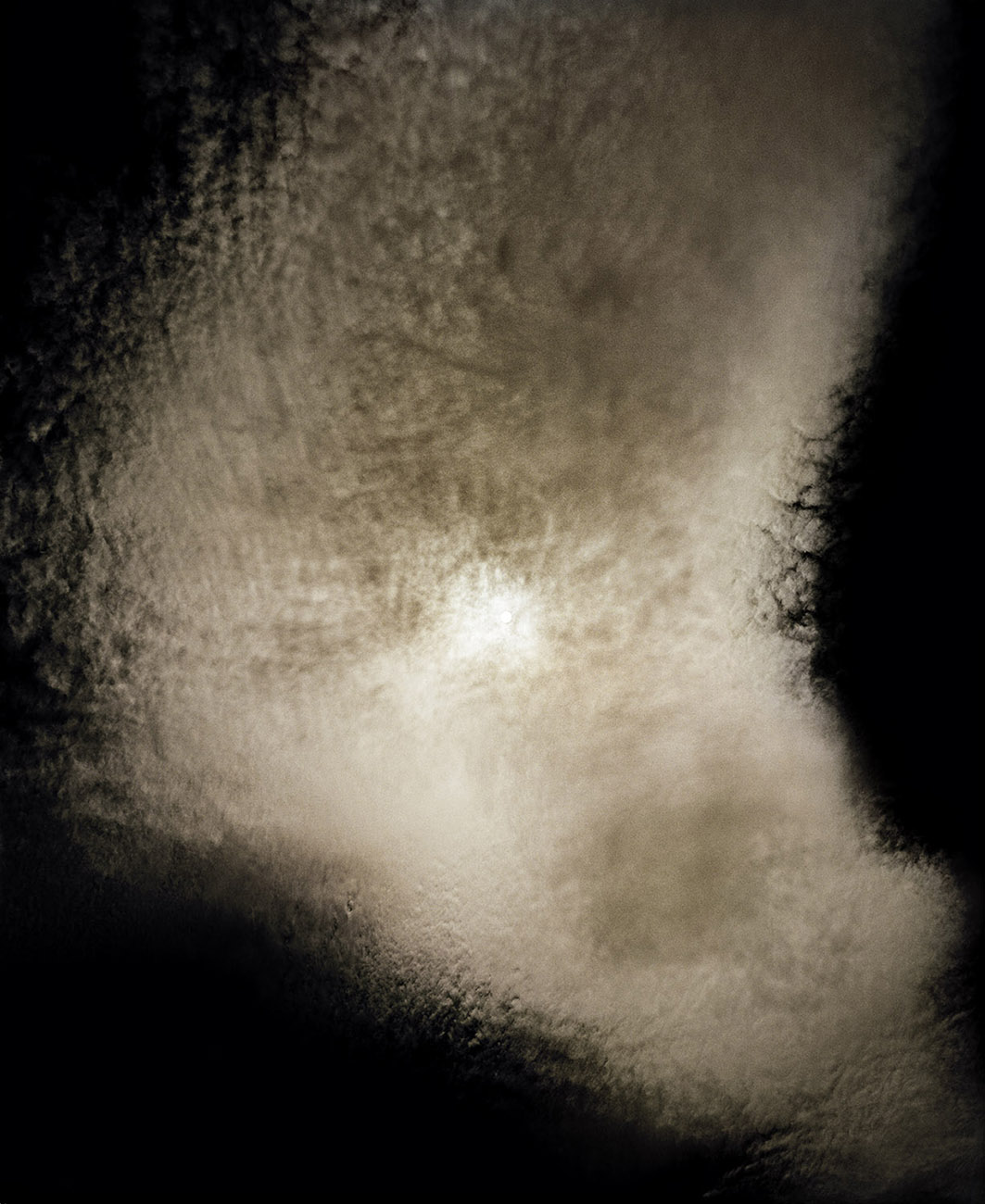 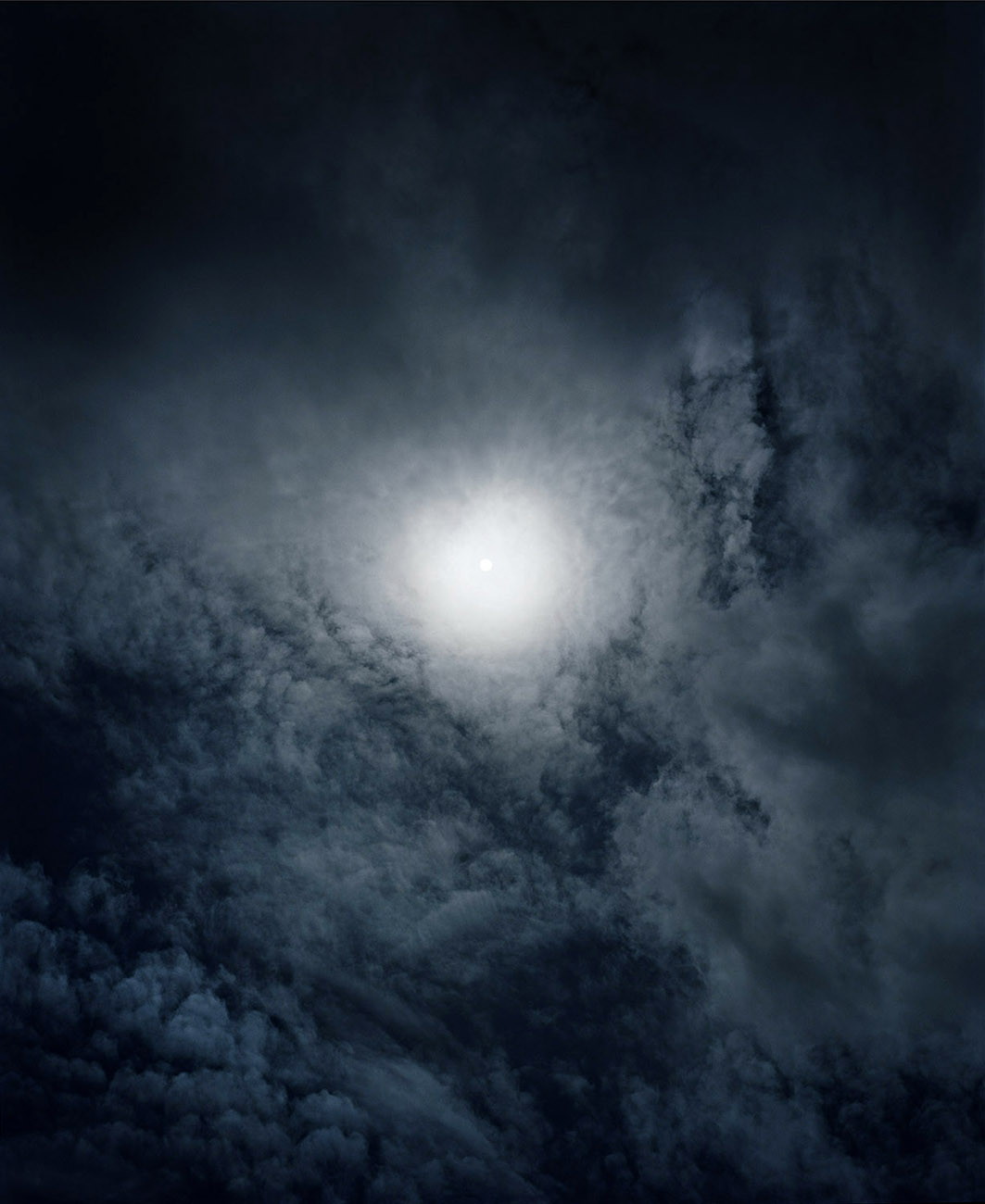 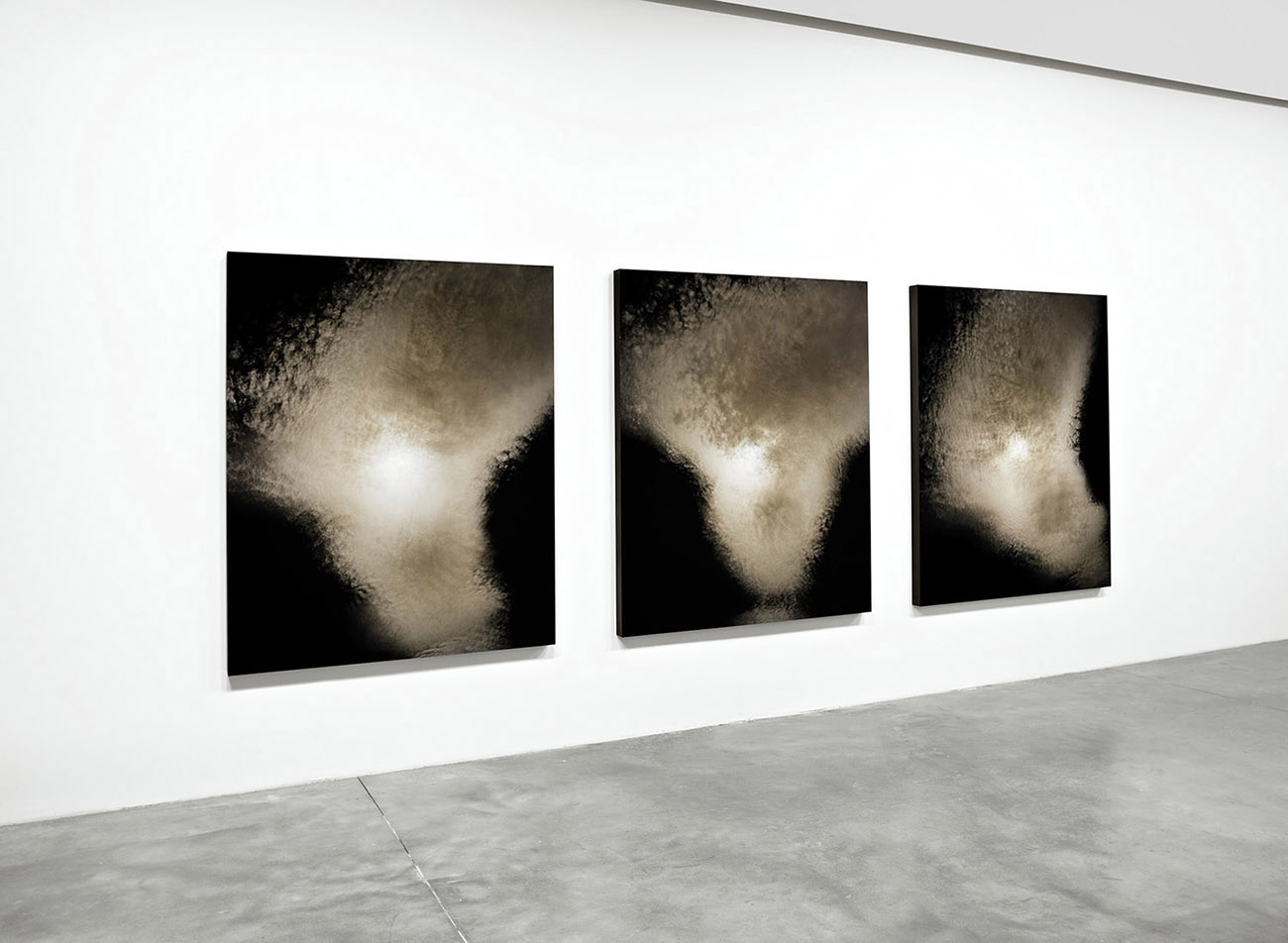 UP THERE IN THE SKIES

UP THERE IN THE SKIES

If you want to talk about the void that surrounds the Earth, you don’t have a lot of choice. A short, unprepossessing word stands out: “sky”. Like the top of a page colored blue by a child, this is a broad expanse that appeals to perception if one just raises one’s eyes for a moment to contemplate that immediate immensity. Language sometimes has surprises in store for us. The word “sky” may seem self-evident, but the transition to a plurality of “skies” directs thought towards other horizons. The shift from the singular to the plural is far from obvious. You sense a bifurcation. Still, there’s nothing surprising about this: once delivered from the “sky”, so to speak, “skies” can adopt more than a single, exclusive aspect. Those of the meteorologist don’t overlap with, or encounter, those of the astrologer, any more than those of the landscape painter encompass the heavens of the theologian. Here, as always, the choice of a word, according to its inflection, is far from neutral. Words, spoken or thought of, summon up variant worlds. And category, or, as in this case, number doesn’t necessarily denote the thing you assumed you were naming. Rather, it expresses the determinations that tacitly sustain it, beyond vision. And you have to wonder what you’re seeing; and what, indeed, you’re talking about.

Éric Bourret is a photographer, in that for years he’s been doing what this implies. He conceives, and produces, images. The motif, in this case, makes reference to what might rightly be called “sky”, given that, in impressive, stupefyingly beautiful formats, the sum of its attributes can be recognized: emptiness, but also the complex, diaphanous clouds that randomly occupy it. And at their heart, there’s an enigmatic hallmark: the focal light of a star.
But Bourret is also, if not firstly, or essentially, a walker, in other words someone who moves unceasingly, open-eyed, indefatigably, over territories that are often distant. And what’s more, he’s a high-altitude walker. Which isn’t just incidental. Quite the contrary, it’s in relation to this habitual activity – walking in the mountains – that we have to approach, see, look at, ponder on the photographs. It would be vain to try distinguishing between that which stems from research seen as solely aesthetic and that which has to do with a memory of physical experience; which involves the corporal materiality of the subject Bourret becomes, in the course of traversing the heights, sure-footed, heart thumping, breathing heavily. Or, to put it another way, we’re not looking at, on the one hand, a “technicist” using an optical prosthesis – a camera – and, on the other, someone equipped with the paraphernalia proper to the amateur explorer of seracs, firn, frost-scorched uplands, summits. The seeing and the walking are inextricably linked. Everything’s correlated. But we also realize, right from the start, that the two dimensions attest to a way of being in the world, a sort of ethos, and that they continuously echo each other. Looking at the photos, we understand that these modes of action operate jointly; that the power of the images resulting from solitary, remote voyages derives from, and is precisely affirmed by, this lived alliance.

Given the double singularity of a certain existential stance and the aesthetic effects it legitimizes, is it the case that these images actually, finally, stand for what we think? As he strides out, lens tilted upward, finger on the shutter, is Éric Bourret simply photographing the sky, as might have been supposed at the outset? What if he were showing something that the banal signifier “sky”, by itself, cannot readily denote? What if, in the end, his images were showing something other than this “thing” that overshadows the walker? To hazard an answer means having to be patient, and to look a little more closely. A little more, in sum. A little longer, hoping that, gradually, contemplation may evoke something other than a generic reality: that of the sky, that of the skies; or, in spite of its theological connotation, that of the heavens. If we are to avoid forcing these images into excessively general categories, we need to revisit, for a moment, what characterizes the experience of the photographer-walker, or the “altitude pedestrian”, as he describes the kind of singular human being he turns into for several months each year.
Here, the circumstances, the conditions, and the material causes of action are what really count; and in this case, above all, the empirical components of the adventure itself. In order to grasp the sense of this artistic leaning, there are three salient points. To begin with, these photos were taken at between 4,000 and 6,500 meters above sea level, in Ladakh or Zanskar, not far from the Chinese and Pakistani borders – an extreme “elsewhere”, so to speak, marked by rarefaction (that of air, life, and all those inert things that nonetheless combine to make a world) and intense condensation (that of light, broad planes of silent matter abraded by cold and sun, lacerated by dizzying peaks and crests). They come from, in the time-honored phrase, the “roof of the world”. Then there’s the fact that, whatever their immediate appearance, they were all taken either in the morning or the afternoon. In spite of the darkness that confers on them the strong, paradoxical power of night, these deep, somber skies are diurnal. And, last but not least: Bourret insists on the fact that the images were taken while walking; so that on the one hand, it was in motion that the “motif” came to him, inviting framing and capture, always here and now; and on the other hand, if the value of the images is to be properly gauged, it must be recognized that they owe everything to the surprise of an exteriority revealed at a precise moment, perceived as a marker of experienced duration: consciousness in movement.

Much has been said about what the act of walking engenders, and what it initiates. We know how this natural, and, so to speak, “elementary” act, performed by the bipedal animals we are, sometimes has effects on another act that’s much less present in us, namely cognition, as induced by the tread of the resolute walker. It suggests a spiritual exercise with no aim other than the effect it produces on itself, i.e. on the walker who practices it. This naturally brings to mind Rousseau, or Nietzsche, or again, Thoreau. And closer to our own day, we might recall a meditation by the alpinist-philosopher Henri Maldiney on Nietzsche’s Zarathustra: “I am a wanderer and mountain-climber […] And whatever may still overtake me as fate and experience – a wandering will be therein, and an ascension”.1 And even if one were to go no further than that, it would be easy to situate Éric Bourret’s activity and work within this lineage; the more so as he himself identifies with the spiritual ascesis implied by walking in the mountains for the sake of the difficulty itself, if not the harshness. But the originality of the research revealed by his photographs, one after another, arranged according to subtle serial laws, invites us to go deeper, given that an unexpected question arises, though in fact it’s never explicitly asked. Photography is essentially mute. One can’t help seeing the question as a “basso continuo” of a photographer carried along by dread. We might attempt to formulate it without offending or betraying the insight, and cautiously, but without false shame, asking, almost naively: “Where does the sky start?”

It may be that this question summarizes, in its way, one of the issues involved in Bourret’s work, in that it seems, however surreptitiously, to traverse each of his images. As though it indicated one of the motivations of his action. And the question “Where does the sky start?” is one which, if it’s to be answered, demands that we instantly take, among others, the steepest path, which will become the vector of a slow, patient escapade. Provocative, but well-founded since the point where the idea of “sky” became detached from what the Greeks saw as the “sphere of fixed things”, this question opens onto a void. Its fixed point, no sooner renewed than denied, is a derisory yet decisive surface – the sole of a foot. Without warning, this type of query arises, in the same way that a step might be taken.

It has been said that Éric Bourret is a walker-photographer. And vice versa. It should be pointed out that during his expeditions he covers between 20 and 30 kilometers a day, in conditions whose severity can readily be imagined. This produces profound effects, and especially with regard to one’s perception, and conception, of reality. Bourret feels, knows, seeks in a different way, aware that he has to lose his bearings, while hoping, paradoxically, that he can turn this to his advantage. Physical effort, fatigue, and lack of oxygen become, over time, favorable to a mode of thinking that wouldn’t just be unimaginable in any other context but is also highly productive. Here and there, carried along by these transformations, and advancing with the obstinacy of an investigator, the walker-photographer lays claim to mountainous ridges. In such zones, one’s relationship to the Earth is at its most restricted, its least reassuring; where this relationship almost ceases, in fact, to exist. The sky appears, as it were, close at hand, as though turning into a reachable reality, were it not for the eternally intangible character of “sky”. In a way, Bourret’s photographs bear witness to this quest, this illusion that implies believing oneself capable of approaching the unapproachable. And at the same time, it dissipates illusion. The question “Where does the sky start?” is, in truth, as necessary as it is rhetorical, never the threshold of a conviction. Unless you believe in the existence of skies, you can’t hope to reach the sky. And except in the name of false innocence, as the obverse of a consoling caprice, you’re aware you’ll never get there. The sky starts nowhere. It has neither prologue nor end. It’s the quintessential non-place, tantamount only to active excess. The sky yields itself up for what it is – a figure of the infinite.

It remains the case that there’s something to be seen, right above our heads. Neither a “being”, strictly speaking, nor a “nothingness”, but a positive void. For Pascal, it was fearful. For Rilke, it was “full of attention”, because within it “the earth recounts”.2 And on this condition, “sky” is no longer the name of any specific thing, but that of possible attentiveness; which, in the end, is what Éric Bourret’s photographs manifest, in magisterial fashion. That’s exactly what they do. The clearly-proclaimed chromatic delicacy of the nebulosities and the surprising, discreet values of ochre and blue give the blackness a precious density, along with the motif of a vibration that verges on the imperceptible. These are elements of evidence that the “sky” doesn’t exist as such, except as an enduring image of what is made and unmade, exhorting existence to transcend stasis, to finally begin moving, and to go, precisely, to where nothing summons it, other than the summons itself. Proceeding from a desire for abandonment, the fact is that words and ideas, in their evasiveness, orientate the eyes of those who dare, with bodies and minds that set out towards a possible renaissance. Notwithstanding what strikes us at the outset, given our habitual reluctance to see, it may now, perhaps, be agreed that Éric Bourret has never photographed anything at all of the “sky”. But this “never” is consistent in requiring the scrupulous updating of an indefinite series that allows the singular and the plural to form an internal dialectic. Which means returning, again and again, to a place that’s not really a place, standing on an uncertain boundary of the Earth marked by a ridge, suddenly, “up there in the sky”; where, without a word, something, finally, is “told”.